Balloon Game Ideas to Add Excitement to Your Party 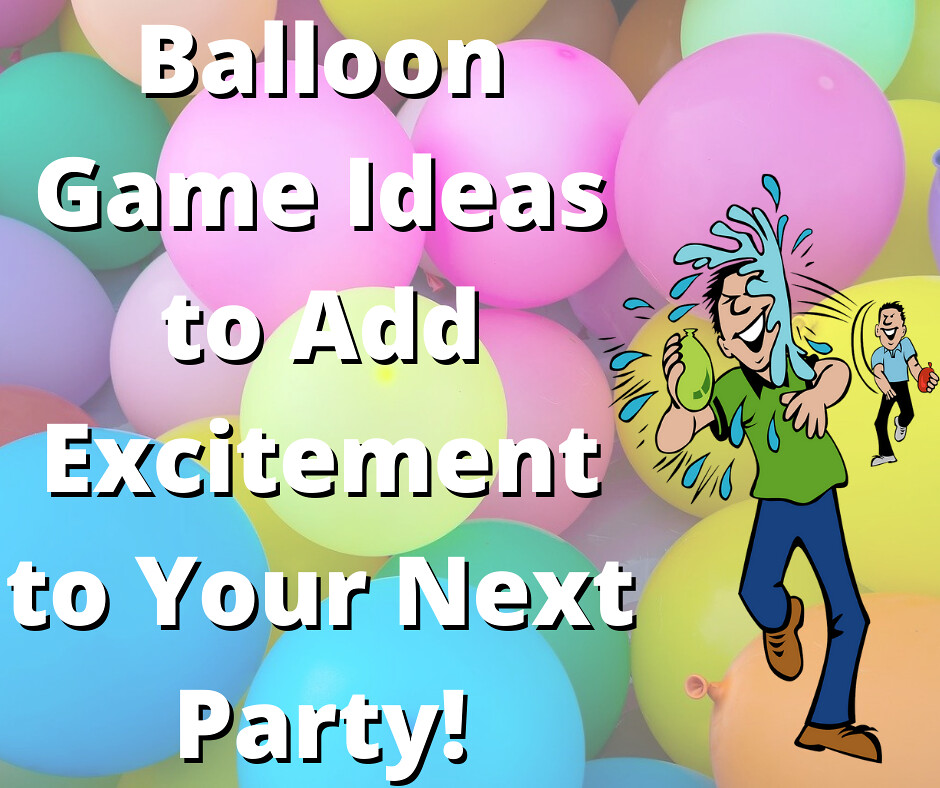 What’s a birthday party without games? No party at all, that’s what! Games bring excitement to any party and birthday parties are no exception. Sure there are the traditional birthday party games like pin the tale on the donkey and smashing the pinata open, but if you want more excitement during game time, use balloons!

Here are a few fun Balloon Game Ideas for your next birthday party:

Here’s how this game works. Tie balloons to your ankles and stomp on each other’s balloons and try to pop them. A lot of movement may be required. Six or more players can play. You’ll need rubber bands and balloons. Blow up a lot of balloons and tie a rubber band to each of them. Put a balloon around each player’s ankle by stretching the rubber over their foot. If you want, you can put a balloon on each ankle. Make sure players wear shoes to protect their feet. Play some music and have everyone stomp around, trying to step on and pop the balloons of other players. Whoever has the last balloon left around their ankle is the winner!

The Ultimate Water Balloon Game
Depending on how many guests you have, you may need to fill up one hundred or more water balloons before the party starts. This is a four part game and every game can have a different winner. The first game involves teams of two. Each team gets one balloon. They start really close to each other and the teammates have to toss them back and forth, with each successful toss they both take one step back. If your balloon pops then you are out. The last team standing wins. The second game is hot potato but you sit the kids further away from each other so they have to toss it. Everyone who gets wet is out. Each person left with the balloon is out too.

The kids will clean the yard so well!