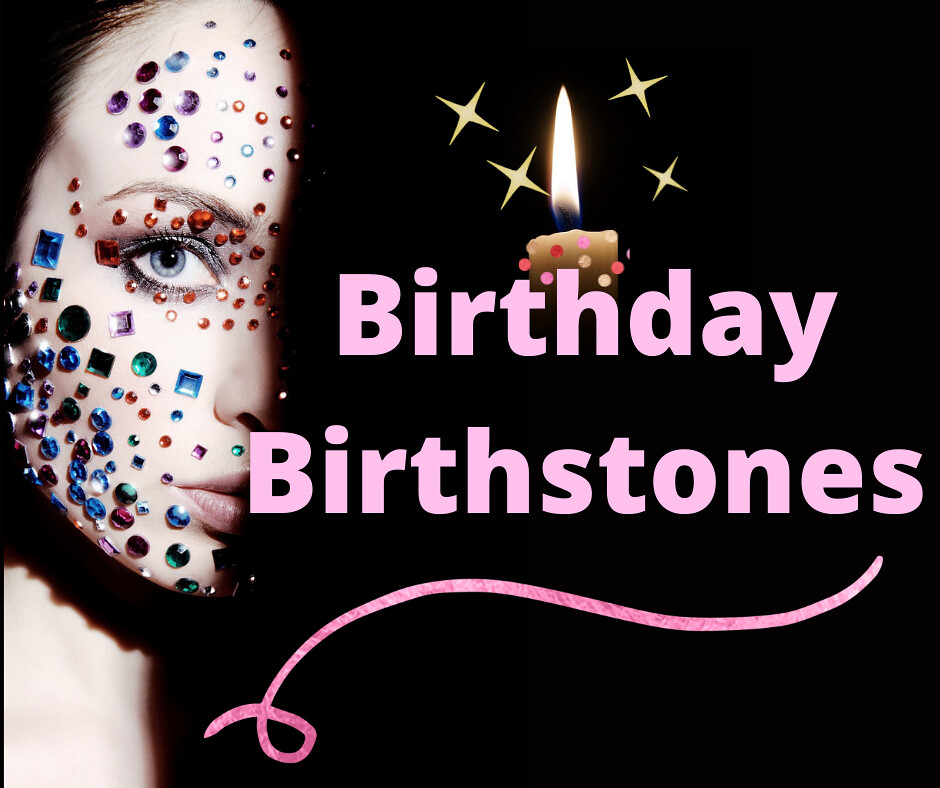 January – Garnet
Garnet has colors that go from dark red to lavender to rose. This is often mistaken for a ruby but when compared, garnet has its deeper effect than that of the latter. It is said that when worn, it has calming, self-rejuvenating effects.

February’s – Amethyst
This gemstone is known for its elegant violet color that comes in different shades. Amethyst belongs to the quartz family, which is considered as the most valuable gemstone within the group. With a hardness scale of 7, it has been popular for its durability for everyday usage.

March – Aquamarine
Derived from its name, aquamarine came from the Latin words water and sea. It is the member of the beryl group that when faceted, will show clarity and brightness. Color ranges from pale and light blue, blue green, and sometimes, colorless. Aquamarine will become almost invisible if put under water.

April – Diamond
Imperishable. Durable. Two words that can describe this special kind of stone that came from the Latin word adamas that means unconquerable. With its hardness scale that reaches over 10, diamond canít be easily broken unless some extreme pressure is applied on it that makes it as the hardest of all gemstones. Diamonds have various sizes and colors like brown, yellow, black, green, pink. Although, the most popular would be the transparent or colorless one.

May – Emerald
With brilliance of shades of green, this heavily included gemstone can be identified easily with this specific characteristic. It can sparkle amongst spectrum of flame. Emeralds are also fragile stones because of its porous characteristic but have a hardness scale of 7-8.

June – Pearl
The finish of this top quality stone consisting of calcium carbonate primarily came from mollusks and is created under the depths of deep sea water. Varies widely in size, color, luster and the size of their pores, they are the main categories for grading a pearl. This gemstone comes in shades of white, black, silver, pink, and golden blue. These stones though are highly sensitive to perspiration, perfume, and other liquid that contains high levels of acid.

July – Ruby
Comes in beautiful shades of pink and fuchsia but is more popular due to its bloody red color. If diamond is the hardest, well, ruby is the most valuable gemstone of them all. With a hardness scale of 9, it is in fact the perfect choice for every class of jewelry.

August – Peridot
Notwithstanding the fact that their scratch resistance tolerance is low, Peridot had become popular for those who are into the fashion world. With colors as bright as yellow green, brownish, kiwi grren, olive green, this gemstone are considered wearable by those who are advocates with the color green.

September – Sapphire
Sapphire is widely known for its elegant blue hue. Although it also comes in colorless, black, purple, yellow, pink. Because of its intricate characteristic, this stone also considered as the heavenís gem. The darker the color, the better.

October – Opal
The name was derived from the Indian word meaning stone and is known for its floating fire within. Colors may vary from gray, blue, white, green and pumpkin orange.

November – Citrine
This varies from golden brown to the lightest of yellow. The glow of this gemstone is delightful enough to enlighten the mood of every occasion.

December – Topaz
Color ranges in hues of dark blue to intense aqua. The popularity of this gemstone is due to its extravagant color, hardness and affordability.